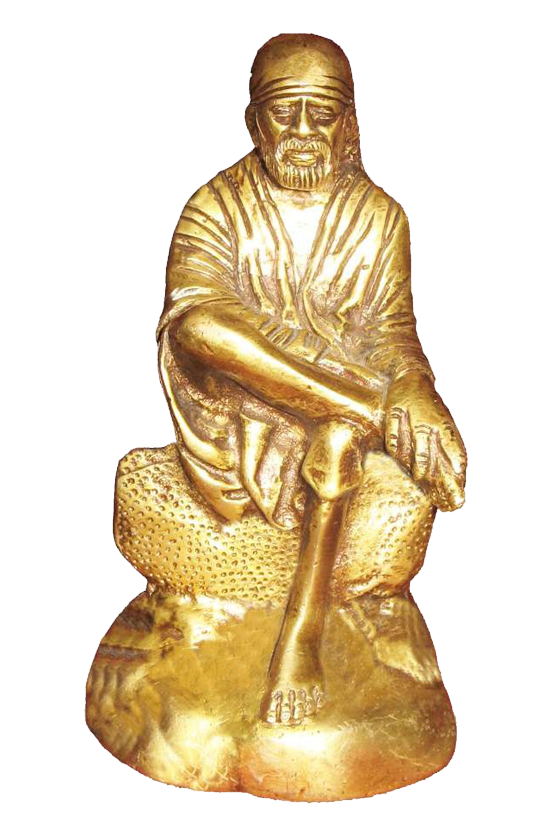 Shri Saibaba of Shirdi lived between 1838 and 1918, whose real name, birthplace and date of birth are not known. An Indian spiritual guru and a fakir that transcended the barriers of religions, Saibaba of Shirdi was regarded with great reverence by both Hindu and Muslim followers. He lived in a mosque and after death, his body was cremated in a temple.
His philosophy ingrained ‘Shraddha’ meaning faith and ‘Saburi’ meaning compassion. According to him Shraddha and Saburi were the supreme attributes to reach the state of godliness.
Saibaba’s mission was to restore belief in God and according to him, “I give people what they want in the hope that they will begin to want what I want to give them (knowledge of the Ultimate).” He then taught values of total surrender to the Almighty Master (ALLAH MALIK EK- The only ONE) and experiences his grace.
Today, Shri Saibaba has millions of devotees in India and abroad. Shirdi, the obscure village in Maharashtra has become a pilgrimage destination much as Bethlehem, Jerusalem or Varanasi. With over 25,000 pilgrims thronging in here each day the number of pilgrims climbs to over a hundred thousand on holidays and festival days. There are over 2,000 major Sai temples in different parts of India and 150 abroad in places as far-flung as Canada and Kenya, Singapore and England.